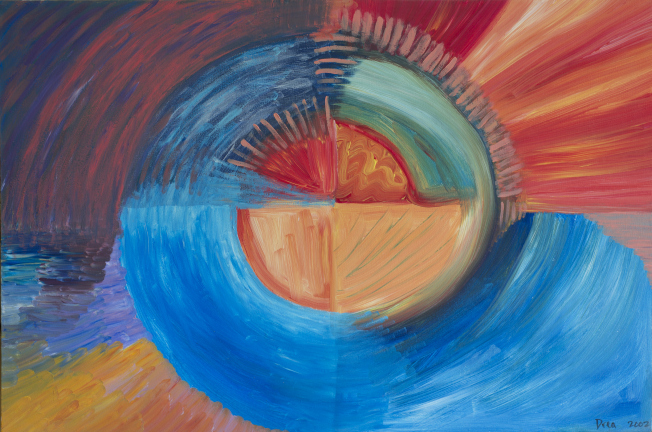 Now I see it–
it nudges with its bulldog head
the slippery stems of the lilies, making them tremble;
and now it noses along in the wake of the little brown teal

who is leading her soft children
from one side of the pond to the other; she keeps
close to the edge
and they follow closely, the good children–

the tender children,
the sweet children, dangling their pretty feet
into the darkness.
And now will come–I can count on it–the murky splash,

the certain victory
of that pink and gassy mouth, and the frantic
circling of the hen while the rest of the chicks
flare away over the water and into the reeds, and my heart

will be most mournful
on their account. But, listen,
what’s important?
Nothing’s important

except that the great and cruel mystery of the world,
of which this is a part,
not to be denied. Once,
I happened to see, on a city street, in summer,

a dusty, fouled turtle plodded along–
a snapper–
broken out I suppose from some backyard cage–
and I knew what I had to do–

I looked it right in the eyes, and I caught it–
I put it, like a small mountain range,
into a knapsack, and I took it out
of the city, and I let it

down into the dark pond, into
the cool water,
and the light of the lilies,
to live.